The World Showcase at Epcot features dining options in almost every country. Having frequented the French restaurant, Les Chefs de France, many times, I decided to branch out and try a new country during my recent trip. 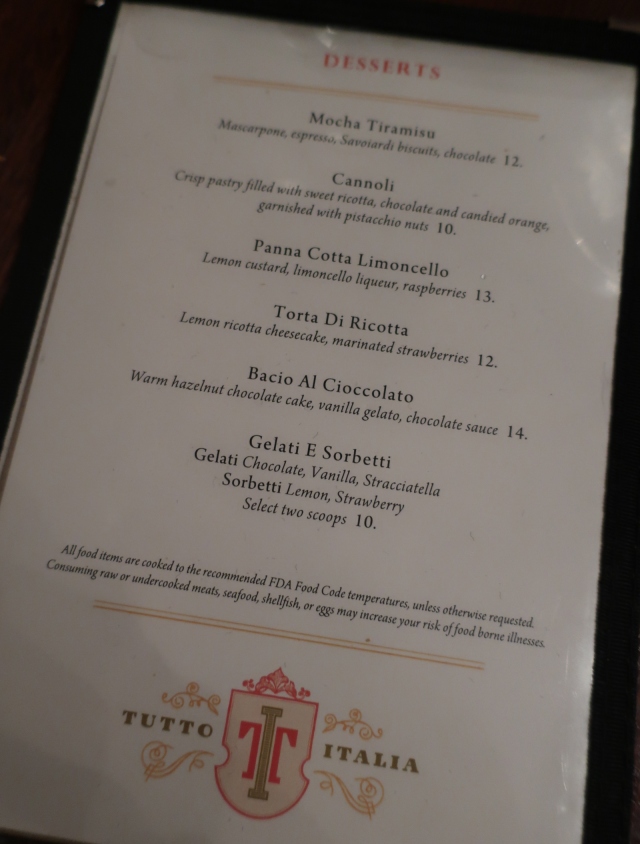 As I’ve mentioned in previous reviews, on the Disney Dining Plan you receive one alcoholic or nonalcoholic beverage, an entree and a dessert. During this meal, we decided to order a few add-ons, which we paid for separately.

The restaurant is so pretty and definitely makes you feel like you’ve been transported to Italy. The menu has a great mix of fish, meat and chicken to choose from. When you are seated, you receive bread and a plate of olives.

To begin, we ordered an appetizer of fried calamari, a staple in any Italian house and must-have while dining here. It was really good!

For dinner, I tried the Risotto di Mare, which was shrimp, calamari, clams and mussels with rice in a light tomato sauce. I was so happy that I ordered this dish. It was so good and something different. Other members of my party ordered the Sogliola which was Parmesan crusted sole and the Garetto di Maiale, which was a pork shank that was HUGE!  All of us really enjoyed our entrees and would definitely order these dishes again here at Tutto Italia. 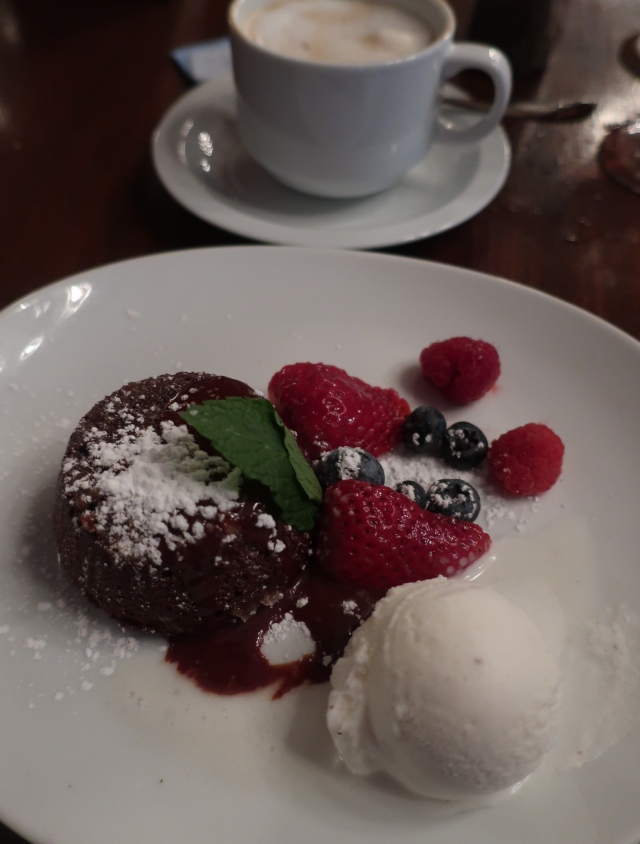 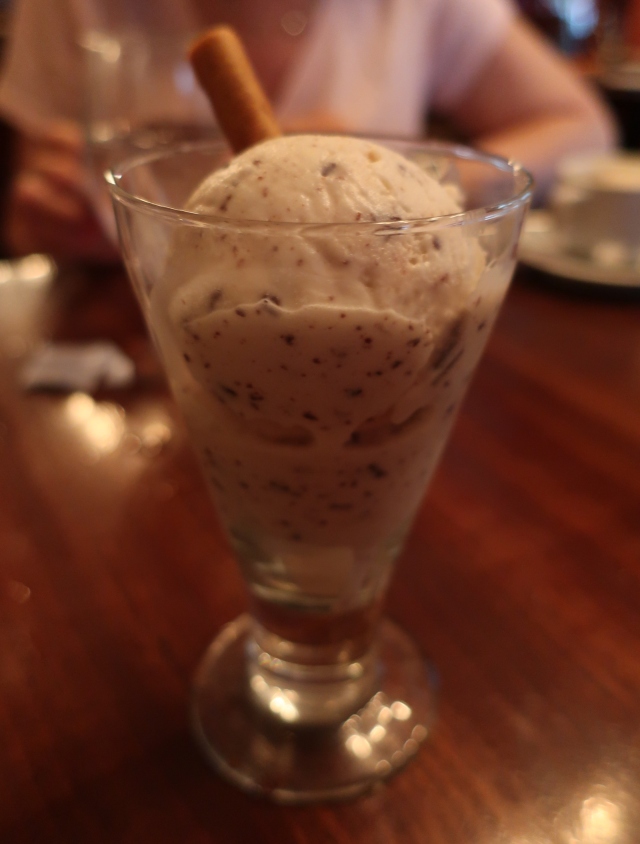 Dessert featured some classic italian dishes such as cannoli’s, ricotta cheesecake and gelato. I went for the Bacio Al Cioccolato, which was a hazelnut chocolate cake that came with vanilla gelato (the best of both worlds). The cake was so good and not dry whatsoever and the gelato was very authentic. Another member of my party ordered the Stracciatella Gelato, which is essentially vanilla with chocolate chips and said it tasted like the one she had in Italy.

Even though our desserts did not come with drinks, we ordered the cappuccinos to end our meal. The coffee used wasn’t the same Joffrey’s that is used throughout the park. Instead it was Lavazza which is a popular premium Italian coffee brand. These were really good as well.

Overall, between the extremely friendly staff, the delicious food and drinks and the ambiance, I would highly recommend giving Tutto Italia a try. You will forget your in Epcot and think your on an Italian Getaway. Just a tip, if you base your decision to try Tutto Italia solely on the menu, make sure you find an updated one.  They change their menu every so often and the one that is currently on the Disney site is a bit different from the one I just received in May 2018 at the restaurant.