Follow The Happiest Travels on Earth on WordPress.com
https://pagead2.googlesyndication.com/pagead/js/adsbygoogle.js?client=ca-pub-9481123021054607

“Here you leave today and enter the world of yesterday, tomorrow and fantasy.”- Walt Disney 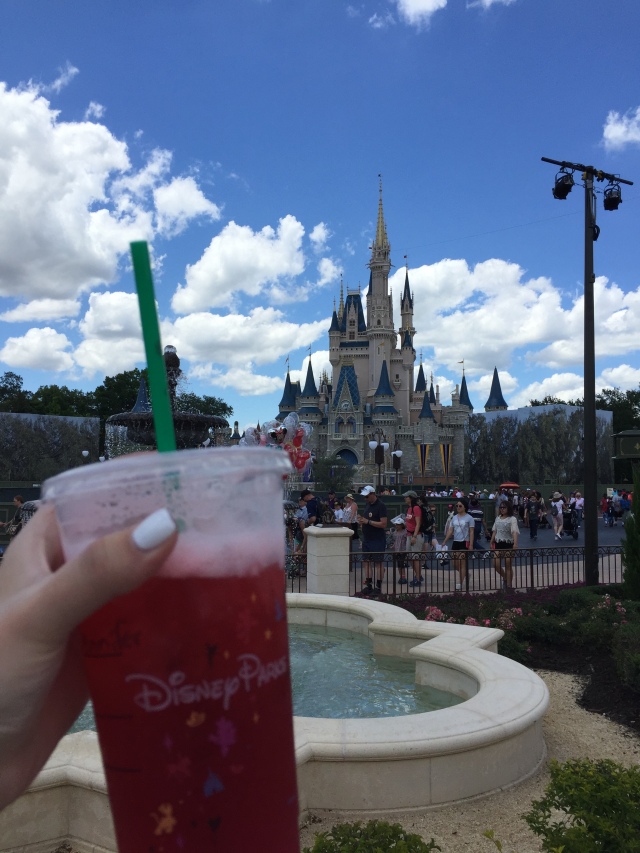 Now you’re probably saying to yourself, Starbucks is on your list of must-haves? But seriously, there is something pretty magical about visiting Starbucks at the Happiest Place on Earth. Plus, they have a sugar cookie with Mickey sprinkles that is probably the best sugar cookie I’ve ever eaten!

Liberty Tree Tavern is not an attraction but a restaurant located in Liberty Square. It is a nod to colonial New England and features an all-you-care to enjoy meal. You leave really full and the food is good. To read more about Liberty Tree, click here. 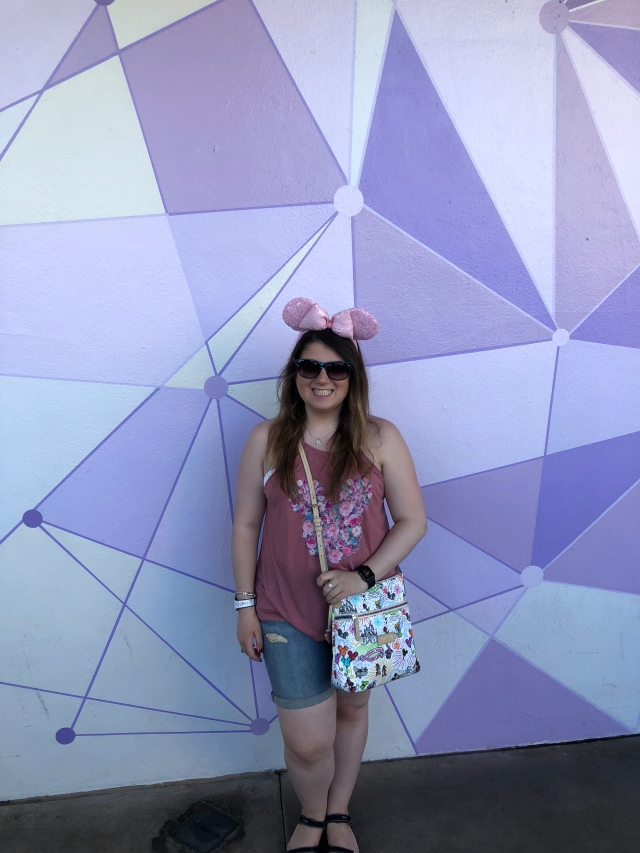 Head to the entrance of Tomorrowland and strike a pose in front of the famous Purple Wall. Every Instagrammer and blogger takes their photo here, so why not you too? They recently updated the purple wall and added a galactic feel to it. But if your still dying to get that classic purple wall picture, don’t fret, there’s still a bit of that wall left if you walk past the Purple Galaxy Wall! 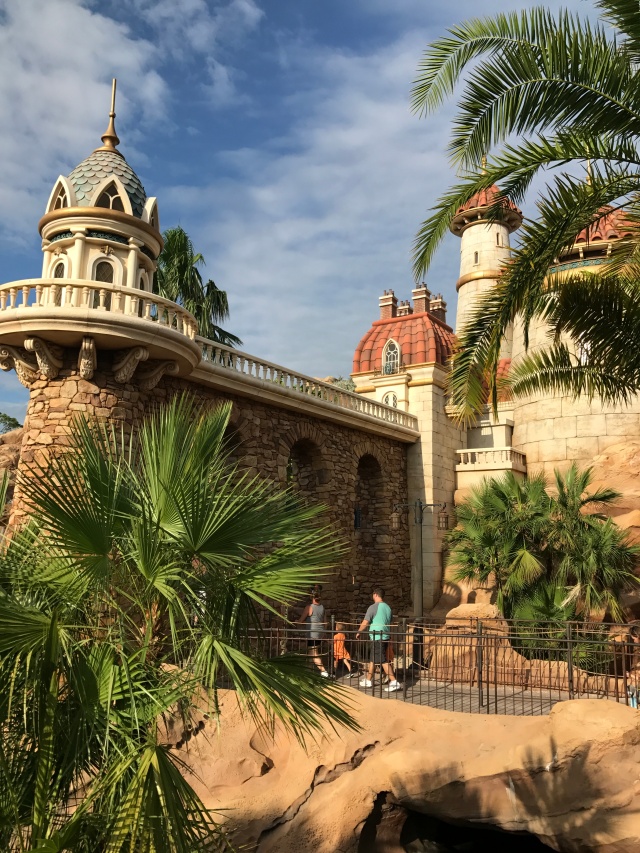 In 2012, Disney expanded their Fantasyland area and created New Fantasyland, which includes Beast’s Castle and Ariel’s Grotto. You can visit Beast’s Castle by dining at Be Our Guest Restaurant, which I recommend at least once for Breakfast (breakfast is a quick-service) or Dinner. Ariel’s Grotto features a Meet and Greet and ride, which is so cute. It’s definitely worth walking through and seeing how amazing Fantasyland is.

I mean do I really need to explain this one. I feel like everyone has had the song stuck in their heads at one point or another. During this boat ride, you will see dolls dressed in costumes of traditional cultures from around the world. Ride it once and you’ll have the song stuck in your head all day long.

Another popular attraction that has made its way onto t-shirts and into people’s hearts is the People Mover. The People Mover takes you on a tour over Tomorrowland and above some popular attractions such as Buzz Lightyear’s Space Ranger Spin and Space Mountain. It is great when you want a slower paced ride that gives you amazing views and should definitely be a stop during the day.

4. Pirates of the Caribbean- Adventureland 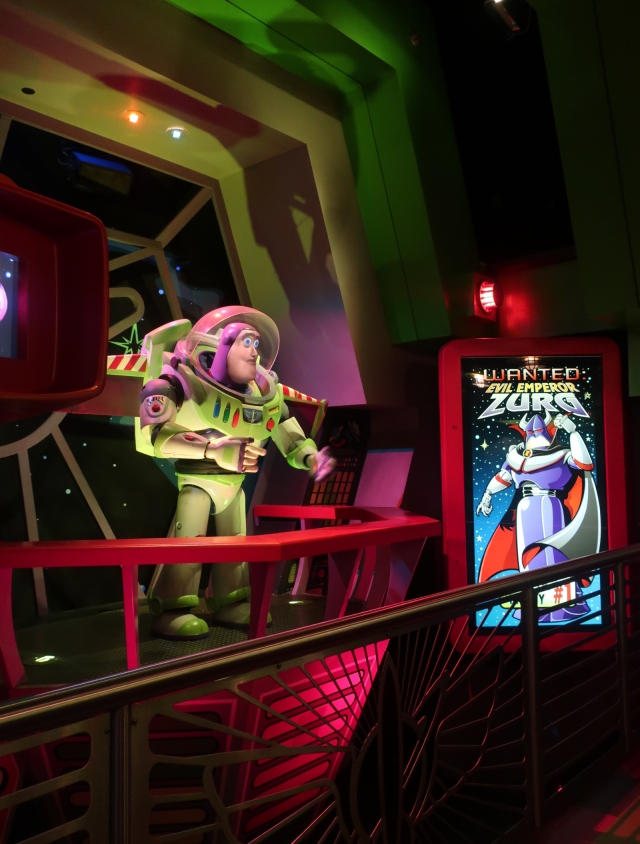 “To infinity and beyond.” Join Buzz Lightyear on his mission to defeat the evil emperor Zurg. This ride is a favorite of mine because you are part of the attraction. The goal is to shoot the “Z” targets and compete against the person sitting next to you to see who can get more points. Plus, at the end of the ride, they take a cool photo of you and add some fun magic additions to the shot. This ride is definitely a unique experience at the Magic Kingdom.

Because no trip to the Magic Kingdom would be complete without taking a picture or selfie in front of the castle. There are plenty of PhotoPass photographers lined up and down Main Street to snap that perfect family shot. While they will take the picture on their camera, if you ask them (really nicely), they will take it on your phone or camera as well! It is the perfect way to capture those memories.

No day at the Magic Kingdom is complete without seeing a parade and/or fireworks show. Recently, Disney changed their nighttime fireworks show from Wishes to Happily Ever After. Both shows are so good and you feel the Disney magic!

Walt Disney’s Carousel of Progress is a classic ride at Walt Disney World. Introduced by Walt Disney himself at the 1964 New York World’s Fair, it takes you through the journey of the American family and how technology has changed their lives. It’s a great place to sit and relax for a little while (in some air conditioning) and trust me you’ll be singing along by the end of the ride. It’s a must have visit for any trip!

There you have it, my top 10 Must- Do’s at the Magic Kingdom. Whether you visit these spots or not, Disney’s Magic Kingdom is such a fun place to spend the day! Do you have some must-do activities when you visit MK? Let me know in the comments below.